Known for its many ponds and ruins, this area is the small brother of Autumn's Rise.

Autumn's Fall is a location in CrossWorlds. It is a small extension to Autumn's Rise that serves to connect that area and Rookie Harbor to Gaia's Garden. It can only be accessed after completing Faj'ro Temple.

Autumn's Fall consists of four paths leading from the adjacent regions, that all meet in a rough X shape.

Only the core areas of Autumn's Fall are accessible immediately. Secluded Path and Great Lake are unlocked during the Chase of the Hologram Frobbit quest. The further parts of Para Island are only accessible during the Para Island raid. Ruby Tunnel requires the 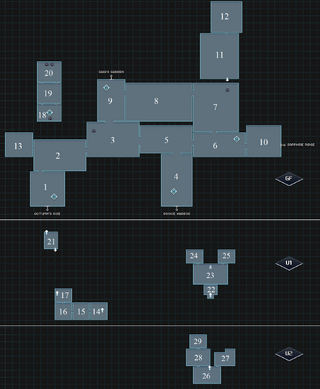 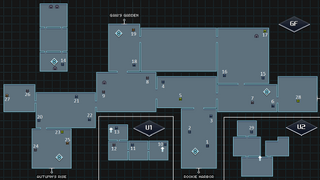 The differently-colored destroyable items are uncommon and tend to be found in hard-to-reach places, but are much more likely to drop rare items.

Only one quest can be started in Autumn's Fall, Chase of the Hologram Frobbit.

In the A New Home DLC, the Para Island raid can be completed in Autumn's Fall. There is also an added battle against Sao. 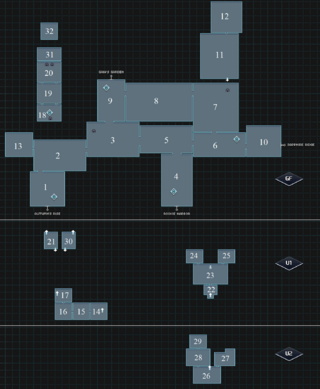 Villa of Terror is a hidden area containing enemies that are vastly overleveled for this point in the game. The entrance to this area is in the top left of Pillar Isle. You have to move the block to jump to the left ledge, and then walk to the left under the tree.