Hexacasts are a class in CrossWorlds. They are associated with hexagons, the color purple and the Wave Element. They represent the Virtue of Wisdom. 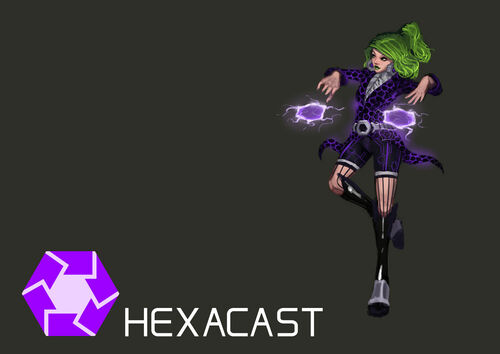 Hexacasts are CrossWorlds' mage-analogue class. They are weak physical attackers, but excel with special attacks, using them to channel powerful, wide-range damage and nasty status effects. They are able to summon short-lived barriers and autonomous weapons to protect themselves. They fit well with a more defensive playstyle, hanging back from combat and being able to buff teammates.

All Hexacast characters carry a hexagon shaped earring and use the color purple in their clothes.

Many other players of CrossWorlds can be encountered during the game. Many of the more notable ones, including quest-givers and recurring characters, can be found on the Minor Characters page.