An ancient underwater Shad temple, home to many bouncing foes.

So'najiz Temple, or the Wave Dungeon, is a location in CrossWorlds. It is one of three Ancient temples located in the centre of Gaia's Garden, along with Zir'vitar Temple and the Grand Krys'kajo. So'najiz can be completed either before or after Zir'vitar, making it the fourth or fifth dungeon in the game. The Shock element is obtained here, along with the

Radiant Key, which allows the player to open Gold Chests. The temple makes use of enemies based on the Wave element, and gives the player access to its opposite, the Shock element, in order to progress.

The intended pronunciation of the temple's name gives the 'j' a 'y' sound, as is common in German, making the name a pun on "so nice".

The temple technically has two floors, although the ground floor consists only of an entrance room. The rest of the temple is located underwater on floor U1. After descending to U1 and passing through a few puzzle rooms, Lea will reach the end of the very long Trial of Persistence, most of which is blocked off. Here, Lea finds a key, which can open one of two paths leading north and south. The paths are mirrors of each other, and both lead to a tangle of puzzle rooms where a second key can be found, which is used to continue on, crossing over the Trial of Persistence on a high bridge. A few more puzzle rooms will lead Lea to a high balcony at the end of the Trial of Persistence, where she can activate a switch and teleport back to the start of the Trial, where a second key to unlock the other path can be found. After activating both switches, the path into the actual Trial of Persistence will open.

The Trial of Persistence is a long gauntlet of enemies that must be fought sequentially, without leaving battle and with no autosaves. Like the similar gauntlet in Zir'vitar Temple, this serves in place of what would be a mid-boss in the larger temples. At the end, Lea finds both the

Radiant Key and the Shock element. From here, only the dungeon's final bounce puzzle and one last battle stand between Lea and the boss room.

The only connected area is Gaia's Garden, via Entry Test and Bouncing Surprise. 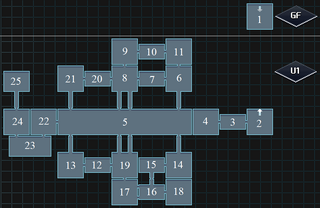 The dungeon contains 12 treasures, many of which are well hidden. The most notable is the 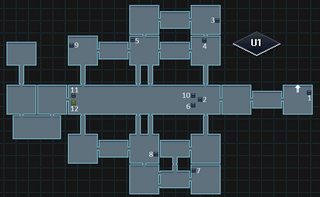 The Final Key
Collect the

Radiant Key at the end of the Trial of Persistence.
Lightning Returns
Obtain the Shock element in Chamber of Shock.
The Canonical Enemy
Defeat Sir Blobus Starnikus at the end of the temple in Bouncing Surprise.
At the Speed of Sound
To maintain your pride as Spheromancer ("Lea wait!"), you have only 60 mins to win the race against Emilie, so get a move on.
Grand Scavenger
Obtain all chests in So'najiz Temple; see #Chests.