Spheromancers are a class in CrossWorlds. They are associated with circles and the color red. They represent the Virtue of balance. 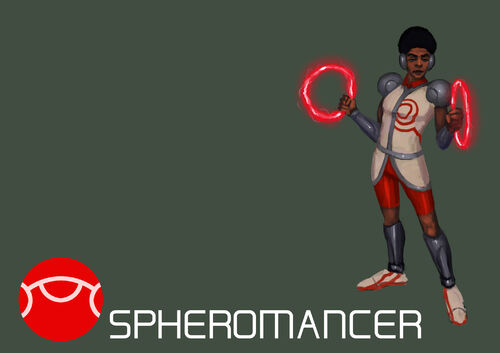 Spheromancers were the only class available when CrossWorlds was first released, with all other classes being added in subsequent updates. Due to this, Spheromancers are a highly balanced hybrid class with no clear analogue in a traditional class system. Their combat style is based primarily on ranged combat using Balls, but they are also capable of adapting their build to a wide range of combat techniques. Despite their versatility, the difficulty of specialization and the simplicity of Spheromancer armor design has caused this class to become very unpopular, and they are currently quite an uncommon sight. Their weapon of choice is the chakram.

All spheromancers seem to wear clothes with the color red or crimson.

Many other players of CrossWorlds can be encountered during the game. Many of the more notable ones, including quest-givers and recurring characters, can be found on the Minor Characters page.